From Fear to Eternity

Book 5 of the Matchmaker Mystery Series 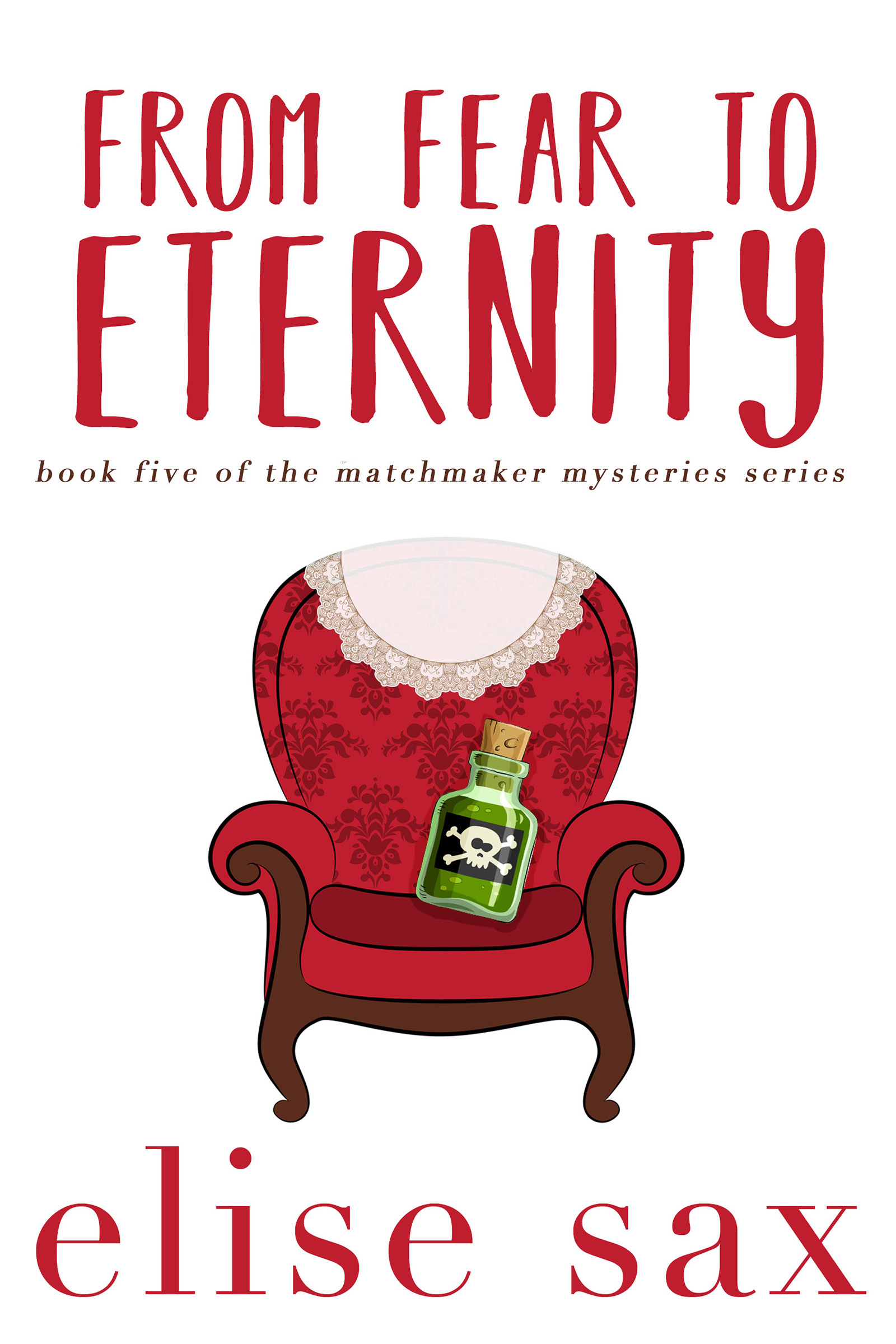 Gladie is back with the fifth installment of the hilarious Matchmaker Mysteries series.

It’s still up in the air whether Gladie really has her psychic grandmother’s “gift,” but she’s determined to finally give matchmaking her best shot. She’s also determined to give her new relationship with hottie Police Chief Spencer Bolton a shot…that is, if she can find him.

Despite her good intentions, Gladie is being sued by a matchmaking client, but even with bankruptcy around the corner, that’s not her biggest problem. There seems to be a rash of dead senior citizens popping up at the tea shop owner’s family home. Gladie is recruited to find the murderer, but this time she may have met her match—and if she’s not careful, it could be her last.