Book 2 of the Matchmaker Mystery Series 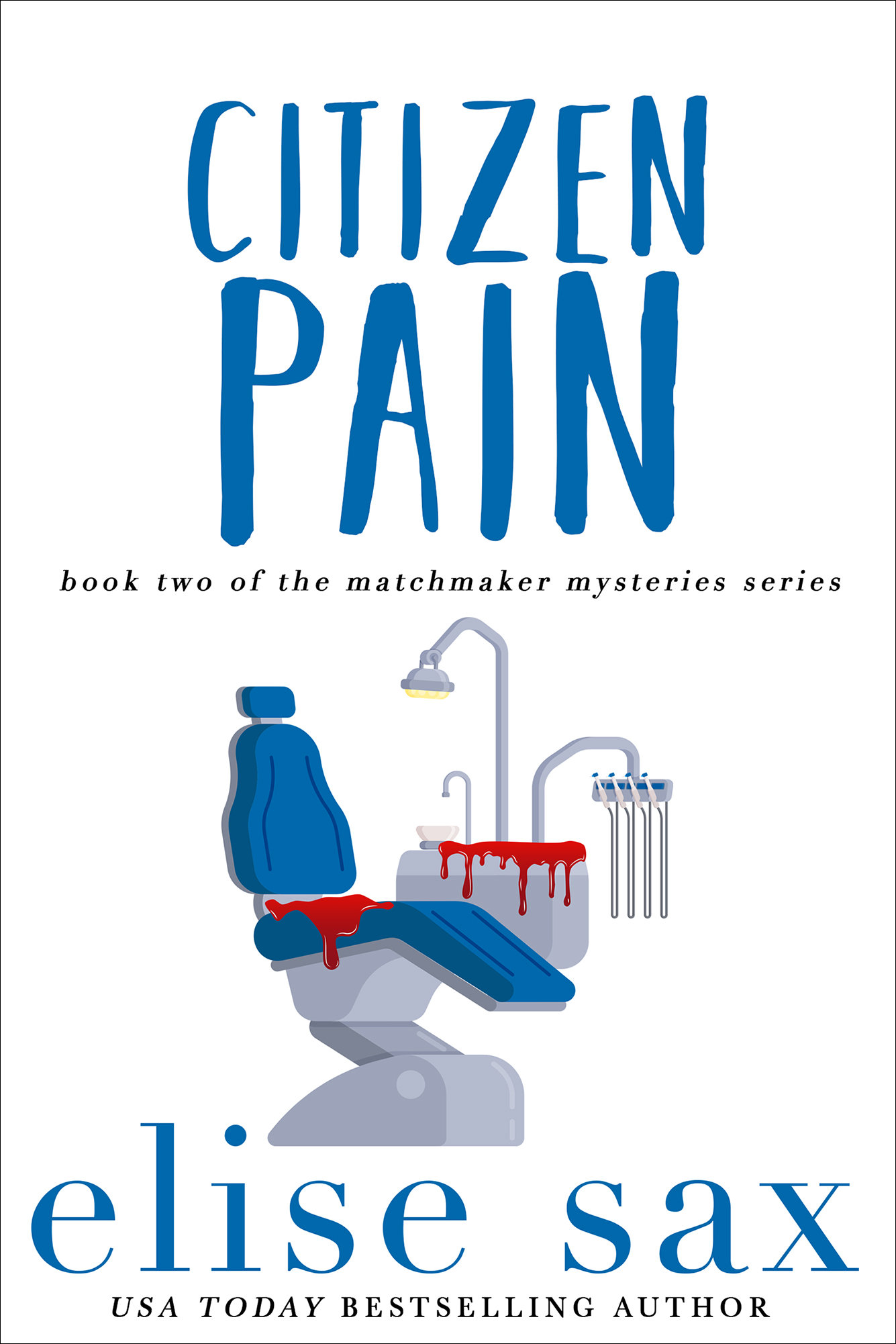 It’s me, again. Gladie Burger. If you know me, you know that I hate blood. And I hate root canals even more.

But I finally have my first matchmaking client, and she works for the town’s dentist. He says I need dental work. Of course, he has to knock me out to put a drill in my mouth.

When I wake up, the dentist has been murdered, there’s blood everywhere, and my first client is the number one suspect.

If that’s not bad enough, there’s a cult in town waiting for an alien invasion, and they’ve declared war on the townspeople.

Grandma says not to worry about the aliens or the murder because I have “The Gift,” but she’s definitely concerned about the hunka-hunka-burnin’-love neighbor who’s hiding something. He, the Chief of Police, and I are locked in a triangle of attraction.

Frankly, I don’t know which way to turn…the annoying, womanizing metrosexual Chief of Police or the attentive lumberjack hottie who’s way too secretive.

First thing’s first: I need to solve the mystery of the dead dentist, and I need to clear the name of my first matchmaking client. If I don’t, she’ll go to jail, and I’ll be a failure as a matchmaker.

And honestly, I can’t resist a murder mystery. I’m the queen of nosy buttinskis. Do you blame me?