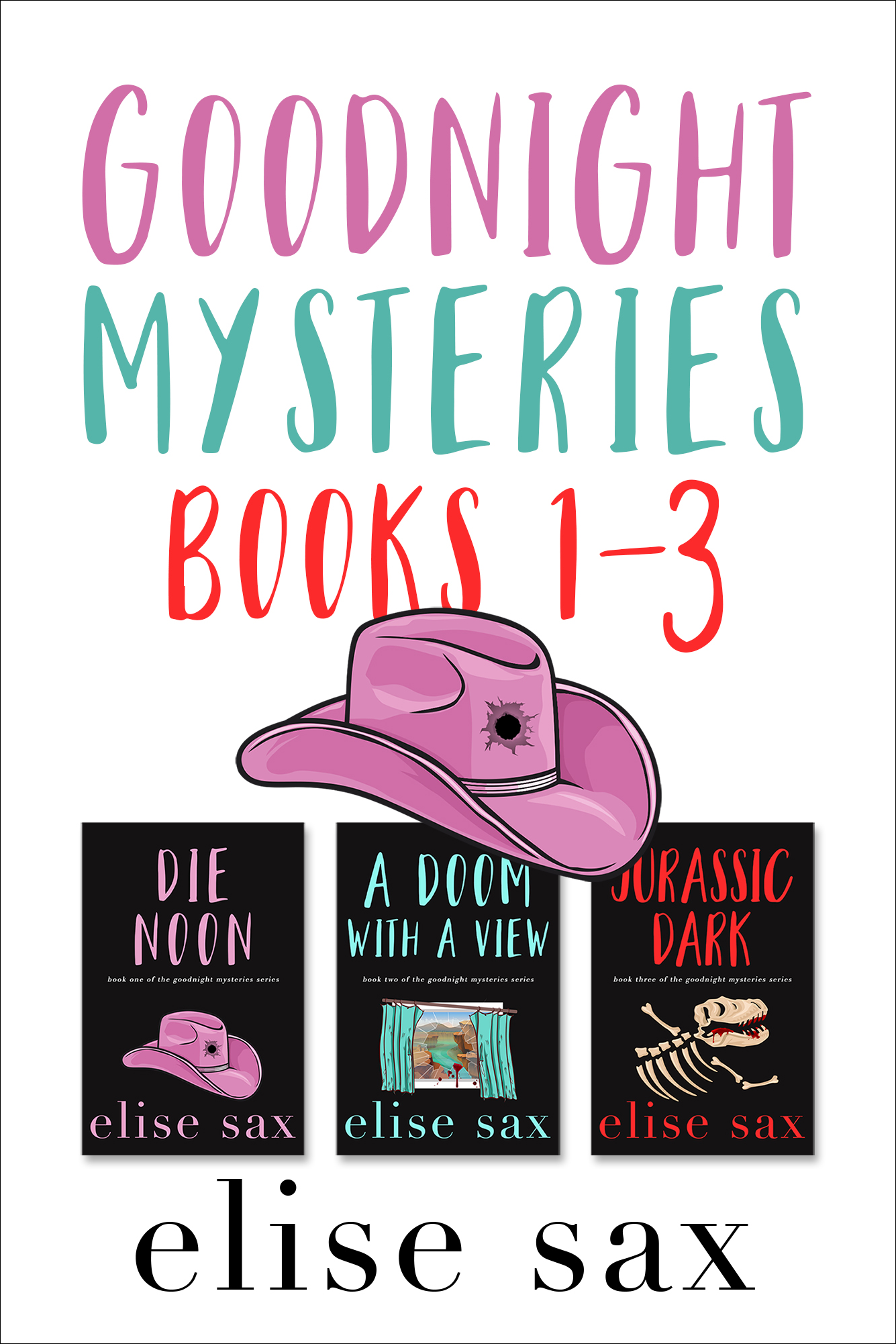 Book 1 – Die Noon:  Matilda Dare can’t sleep. Her insomnia is one more reason to move to the quirky small town of Goodnight, New Mexico after she inherits a house, a small newspaper, and two old dogs there. But despite the Goodnight name, Matilda still spends her nights wide awake, and she has good reason after a reporter is murdered. With a mystery to solve, she begins to investigate the town and uncovers more suspects than she knows what to do with. Meanwhile, the hottie cowboy sheriff is doing his own investigation into Matilda, and the mysterious, handsome stranger, who just happens to live with her, is showing up in all the wrong places. As her investigation continues, danger increases, and it might end up spelling lights out for Matilda.

Book 2 – A Doom with a View:  Matilda Dare still can’t sleep. Since she’s arrived in Goodnight, New Mexico, she’s solved one murder and had more than one conversation with a dead woman. Obsessed with finding the woman’s killer, she has to put that on hold when her newspaper receives a mysterious, coded letter. When the author of the letter winds up dead, Matilda is thrust into a mystery that puts her new friends into danger. The hunky Sheriff Goodnight and Matilda’s hunky roommate Boone are along for the ride in this funny action adventure that might end up spelling lights out for Matilda.

Book 3 – Jurassic Dark:  Matilda Dare might be in a new relationship, but she’s not sure. Ever since Boone kissed her, it’s been up in the air if they’re an item or not. Either way, she can’t focus on romance for very long because one of her best friends has been accused of murder, and Matilda is bound and determined to prove her innocence. Matilda and Boone find themselves on the trail of the real killer out in the wilds of New Mexico. But as they’re pursuing the killer, they’re being pursued as well.