Book 5 of the Five Wishes Series 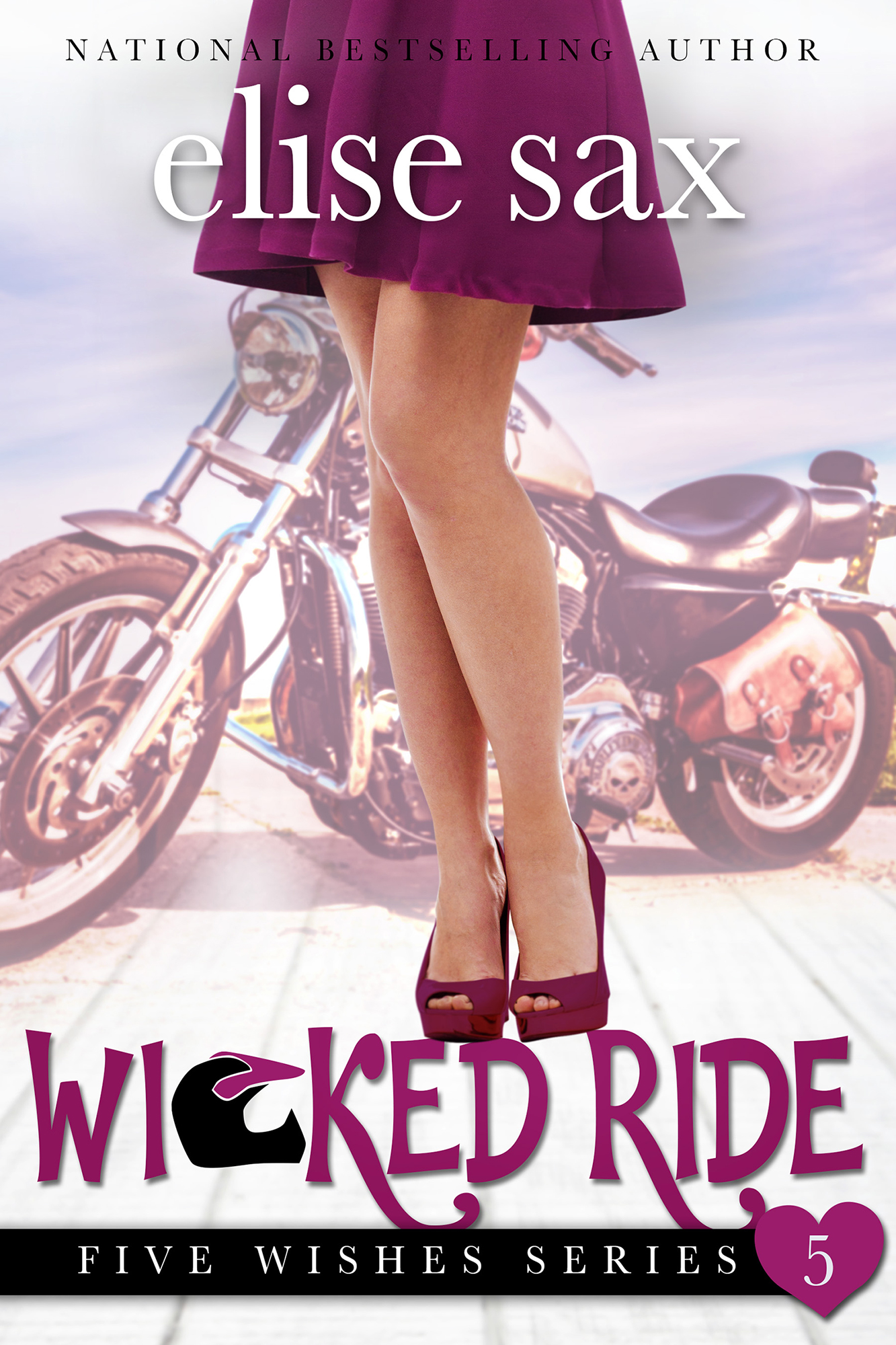 Fiona Jones has never killed anyone, but there’s a first for everything. Still, maybe she shouldn’t have hired Ronin—a sexy killer with a wicked motorcycle—who’s giving her more than her share of attention.

His eyes are dark and bore through me. I wonder if he’s playing chicken with his eyes. Well, if he is, he wins, because I can’t keep his gaze. It makes my throat close and my uterus spasm. I stare at his nose, instead. It’s perfectly proportioned and as straight as a razor, but it doesn’t make my airways close.

Wicked Ride is the sexy and hilarious fifth and last novella in the Five Wishes series.

Five Wishes…A happy ending is only a coin toss away.